Why You Should Travel When Others Aren’t 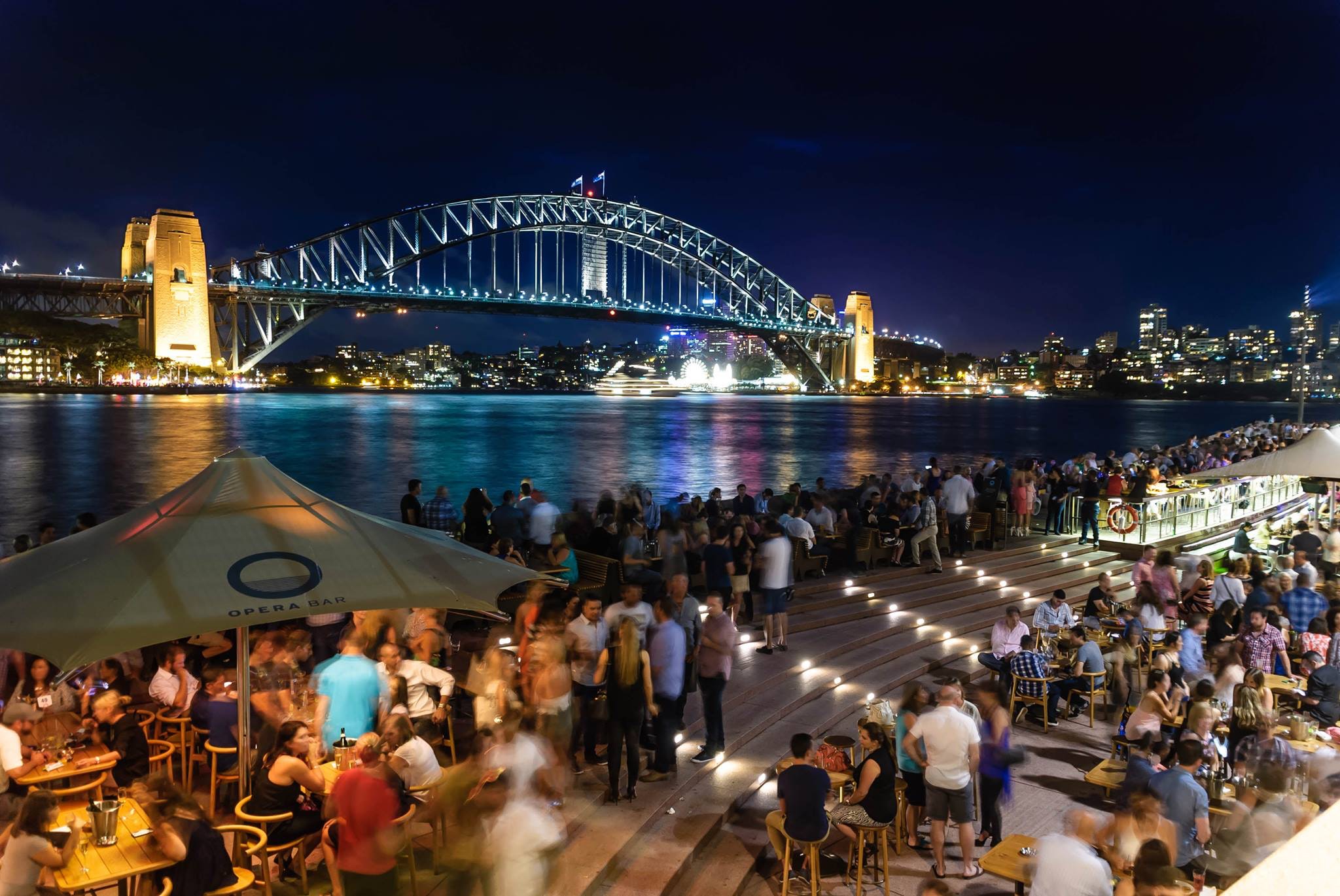 This past weekend was the Labour Day Long Weekend and it got me really thinking about travelling and when the best times to travel are.

We live just south of Wollongong, a beautiful small coastal city about 90 minutes drive south of Sydney. The traffic heading south down the coast, most people travelling from Sydney, was absolutely crazy, it was gridlock for most of the way.

I could totally understand why everyone was travelling down to Wollongong and further along the South Coast. The weather was beautiful and because it was the long weekend many people had a four day weekend so they had that extra time to spend away with their families and friends. For many people, this was the first time they ventured out of Sydney this year due to the Coronavirus Pandemic locking them at home for many months. So many people needed a break and the long weekend was the perfect opportunity for them to get away for some well-needed rest and relaxation.

The problems with travelling in busy periods

I personally think that busier periods are some of the worst periods to travel, there are exceptions, of course. But what exactly do I mean by busy periods? Below I want to talk about what comes along with travelling during peak travel times, when these times are and why you should try to avoid them if you can. If you’re able to travel on other dates you will enjoy your trips much more. Many of these different busy periods often overlap each other.

When you take a local trip during a peak period you’re going at the exact same time that everybody else is going which means more people travelling. There is nothing wrong with more people it just means that there is also more traffic on the roads which means longer travel times to your destination. It also means less parking.

More travellers mean longer wait times at cafes and restaurants, less stock left on the shelves at local supermarkets. There is also much more competition with more people booking the same hotels, motels, cabins, camping spots etc that you want to stay in which also pushes the prices up. Accommodation works on supply and demand, especially in busy tourist places, the higher the number of tourists, the higher the prices generally are. The price of accommodation is much more expensive during peak travel times and it tends to be lower in slower times of the year to encourage people to come.

Times of the year you may want to avoid travelling:

Here is the list of the some of the times of the year you may want to avoid if you can:

Let’s start with long weekends because that is what inspired me to write this post. There are a few long weekends during the year here in  NSW, Australia and the two most common ones are the Queen’s Birthday Long Weekend in June and the Labour Day Long Weekend held in October. With both these weekends, the Monday following the weekend is a public holiday, this means many people have the day off work and some may even have the previous Friday off too. Because many people have that four day weekend they want to make the most of it and go on a mini holiday, often up or down the coast.

NSW School kids have four-holiday breaks a year, once during each of the four seasons. This can be another really busy time to travel and is definitely one we try to avoid. School holidays mean all school kids have time off and many parents also take time off work so they can spend quality time together as a family.

Here in Australi, April is an extremely busy time of the year for multiple reasons. The first of the four School holidays is during April, there is also the Easter Long Weekend and also one of our most important and celebrated days of the year, ANZAC Day. This year, during April many people had time off from Friday, April 10th (Good Friday) all the way to Sunday, April 26th (the day after ANZAC Day). That’s a total of 16 out of the 30 days in the month. If you live outside of Australia there might be another month that is similar to April for us, avoid travel during that month if you can.

Here in Australia our Christmas and the new year is during the summer months, that also coincides with an extended six week school holiday period and Australia Day celebrations on January 26th. Many workers have time off during the Summer to spend time with their families and friends. This also happens to be some of the most expensive times of the year to travel.

Even just regular weekends can be bad times to go on a trip because everyone else also has the weekend off and they are doing the same thing you are doing. Weekends is when kids have time off school and parents have days off work so many people like to take advantage of the days off and do things they enjoy.

Consider travelling in these periods instead:

Here is a list of what I think are the best times of the year to travel, if you can:

There is no better time to travel than during the week. Travelling during the week is great because kids are at school and most adults are at work. Because all the kids and adults aren’t around there are fewer people out on family trips. Fewer people means the crowds are much smaller, shorter queues, less traffic on the roads in touristy areas and generally cheaper rates on accommodation.

I know that travel between Monday and Friday isn’t possible for everyone, however, if you can swing it, I think you will definitely reap the rewards. Kayleigh and I definitely prefer to go on day trips and short trips away during these days. We just recently celebrated our seventh anniversary at the end of September and we decided that we would head down the south coast for the day. We chose to go down there on a Tuesday, three days before the October long weekend started. The crowds were minimal, the traffic was light and the towns did not feel overrun by tourists. If we decided to go on the weekend we would have had to deal with the complete opposite.

If you’re interested in seeing a vlog from our seventh anniversary, we just recently uploaded it to our Youtube channel. You can watch the video here:

Unlike Summer when everyone has time off work and school, the colder months are usually the complete opposite. Of course, there are the previously mentioned school holidays and so many events happening in April but if you time it correctly you can avoid them. The weather is usually not as nice as it is in spring or summer so that can be a disadvantage, but you will often find that crowds are down and accommodation starts at much lower rates.

Consider travelling in the colder months of the year. The great thing about this is period is it ranges from March through to August and even early September here in the southern hemisphere. Even when you head overseas to popular places like Europe why not experience a popular region during a different time of the year, you might be surprised.

Kayleigh and I tend to travel during autumn and winter and have had some amazing experiences both domestically and internationally. We travelled around London, Europe, Morocco and North America during March and April back in 2018. Some of our other autumn and winter trips have included two separate trips to New Zealand, Hong Kong and Macau, South Korea, Bali and Japan. We have also taken many local trips to Broken Hill, the South Coast, Melbourne, Canberra, Adelaide, The Blue Mountains and several camping trips in various national parks.

Travelling during these colder periods has allowed us to stay in four and five-star hotels in some really expensive cities like the Cordis Hotel in Hong Kong and the Sofitel in Macau. There have also been times where we have stayed at almost empty campgrounds.

I previously said earlier in this post that we would take a day trip to the South Coast for our anniversary before the Long Weekend. One of the major factors in this decision was because we knew the upcoming Long weekend would be way too busy. We deliberately chose to go just before it.

At the time of writing this article, we are planning on taking a short trip up to Byron Bay. Neither of us has ever been to Byron and we’re super keen to go, the only problem is that it has been super busy there recently. It has been busy due to a number of reasons. Everyone in NSW has been unable to travel much this year due to COVID 19, us NSW residents can’t travel internationally or even interstate so everyone is heading to Byron instead, there was the long weekend and also lastly school holidays. We have been patiently waiting for all these things to come and go. Byron Bay is going to be busy no matter when we go, but we know it will be uncomfortably busier now with all these other things going on.

Heading to a popular tourist destination is best to visit just before or after all the major events I have spoken about earlier. I hope this post was helpful in telling you why you should travel when others aren’t.

YOU MAY ALSO BE INTERESTED IN THESE SIMILAR ARTICLES:

How to get to Macau from Hong Kong International Airport

What should you do when you lose your passport overseas? 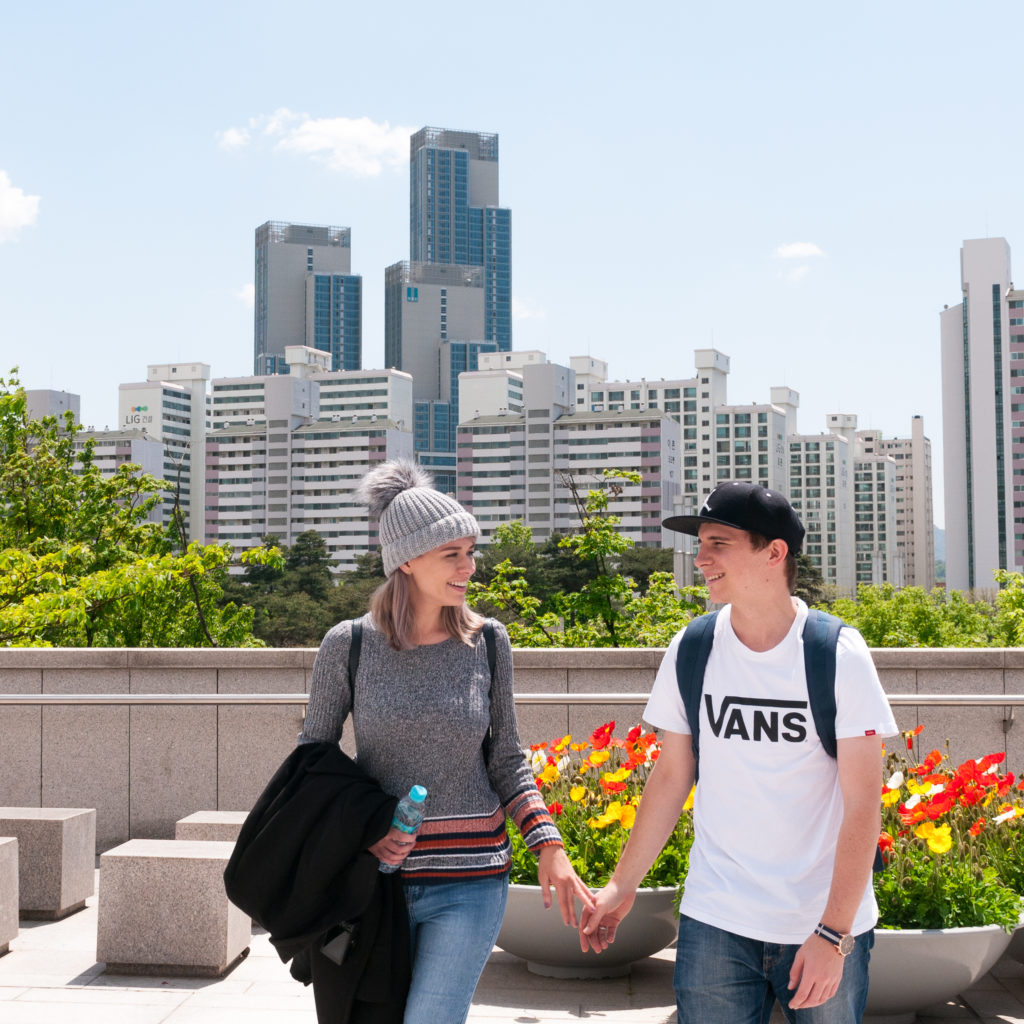 We are Wollongong based couple Dan and Kayleigh. Wanderwalkers started as a travel blog so we could share our travel tips. We have since expanded to include some lifestyle-based content because we have so many other hobbies and interests and we aren't always able to travel.